On the afternoon of July, 2021, I officially graduated from my Masters in Clinical Psychology course. To commemorate this milestone, I posted a heartfelt status on my WhatsApp conveying my feelings about my college and my course. 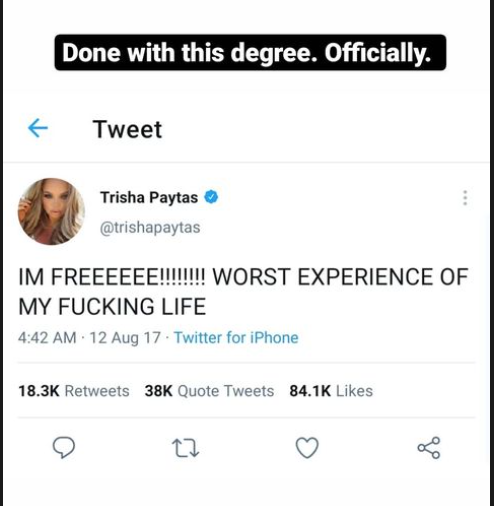 My father saw my status and at first, he laughed, asking me why I would say such a thing. In his eyes, my university is wonderful, with a good campus and advanced technology and infrastructure- the power of marketing, you see! So, we both laughed it off and I thought that was the end of it.

But right before my dad left the house, he chastised me by saying I should have at least used “good language” because what will the people who see the status think of me?

Now for me, as a 25-year-old, it hardly makes a difference what my father thinks or says about my social media posts. Nothing he can do or say can worsen or fix our relationship; it is what is. Nothing he says will be the worst thing he’s said to me, which is a testament to just how many horrible things he has said to me.

But if you’re a parent to a teenager or a pre-teen who has just started using the internet, doing what my father did is a sure shot way of rupturing your relationship with your child. And trust me, you don’t want to do that.

I remember when I was a teenager and my father once asked me to change my WhatsApp profile picture. I suppose seeing me with a red lipstick and my tongue out might have scandalized him and clutch his imaginary pearls. I understood why the racy picture made him uncomfortable and changed it immediately.

A few years after that, when I had just finished my Masters in Sociology, I posted pictures from my farewell on my Facebook story. One of those happened to be with a very close male friend where he was hugging me. After I posted the picture, my father called me up and asked me to delete it. Just like that. No explanation. No conversation. Just a “Delete your Facebook status”. Even when he came home that night, he did not offer an explanation or start a conversation, simply asked me if I had deleted it or not.

That is the day I blocked my father on Facebook, and I would have done the same for Twitter and Instagram if he had one. I realized that controlling as my father may be at times, I do not want to be dictated or censored about what I post on social media. What parents like my father forget is that their child’s social media isn’t their home. I don’t follow the rules of the house on social media, I follow the rules I make for myself.

Parents who do things like these, and worse, risk jeopardizing their relationship with their kids by inducing distrust in them. Just yesterday, I read a reddit thread about a father who catfished her own 15-year-old daughters to “teach her about internet safety”. When his daughter found out, she was obviously devastated. Not only did she have to come to terms with the fact that the boy she developed a crush on did not exist, she also had to deal with the very uncomfortable feeling of having flirted with her own father for weeks.

When you chastise your child about what they post on social media or censor them (or catfish them), what you’re essentially doing is sending them a message that they cannot trust you. That you will judge them. That you want to control them. This widens the communication gap between parents and children that’s already widening, with the boom of technology and internet.

This is the time in human history, if one were to pick any, when it’s vital that your child trusts you, especially with their social media- simply because the internet itself is just 50 years old. We are still navigating this vast, mostly unexplored ocean and we’re far from “safe” on the internet. Our data is currency that’s traded on the daily by tech giants. In a time like this, do you really want your child to think they cannot come to you about concerns regarding the internet or their social media?

I am not saying that you give your pre-teen free reign to surf the internet however they like and do not set any ground rules at all, but stalking them, keeping tabs on what they post and who they speak to or asking them to delete pictures (I’m looking at you, daddy) is only making things worse. Your child will go out of their way to make sure they hide their social media presence from you completely and that you no longer have access to them, just like I did. Your kid will start thinking twice before not just posting anything on social media, but also before speaking to you. Censoring them and controlling their social media is a sure shot way on instilling fear in your kids, which will eventually lead to them shutting you out completely.

Instead, what you can do is keep communication open: ask them what they think about something or what made them post something, instead of demanding they delete it or censor themselves for your own comfort. In the long run, you’re hampering your child’s freedom and ability to express themselves. Constantly having to think about pleasing you or worse, not making you angry or upset, will act as a blockade in your child’s way of exploring the full range of emotions and subsequently expressing those emotions.

I mean, imagine what would happen if my dad knew of my Instagram and YouTube and I had to think about him before uploading a post?

No comments to show.